Numerous species of lactic acid bacteria (LAB) have been isolated from wine, which can ferment various wine ingredients to lactic acid.

Lactic acid bacteria use glucose, fructose, pentose, malic, tartaric and other acids for their metabolism. Depending on which ingredient they use in their metabolism, they can act in two ways:

During the wine production process, the proportion of acids decreases, due to the excretion of tartaric acid (potassium acid tartrate) and due to the decomposition of strong malic acid.

Lactic fermentation bacteria are resistant to: low pH, high alcohol content, low storage temperature and the addition of SO2.

The main products of malolactic fermentation are lactic acid and CO2. Secondary products can be formed during fermentation and they affect the taste and smell of wine in a certain way. These are, for example, acetaldehyde, acetic acid, diacetyl, ethyl lactate, acrolein …

Factors affecting the work of bacteria of malolactic fermentation:

In which wines is malolactic fermentation desirable, and in which should it be prevented? 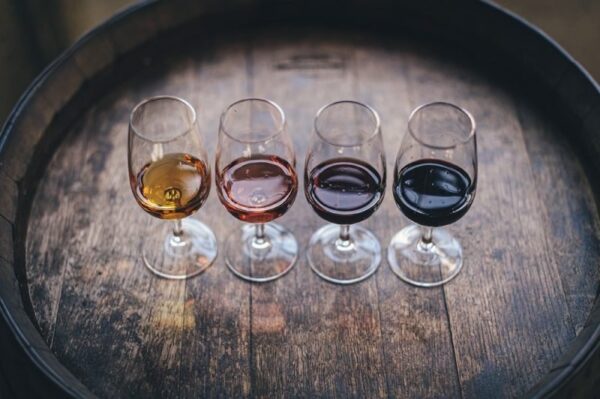 If the grapes or must contain less acid, after alcoholic fermentation the wine must be sulphurised, the first flow must be made earlier and the cellar temperature maintained up to 15 ° C. When wines are more acidic, with a higher proportion of malic acid, the wines must later be swollen from the lees, in order to release from the yeast cells the ingredients necessary for the growth of bacteria of malolactic fermentation, and should be less sulfurized.

It is desirable to carry out malolactic fermentation in:

Malolactic fermentation is undesirable in:

– may be undesirable for low acid wines 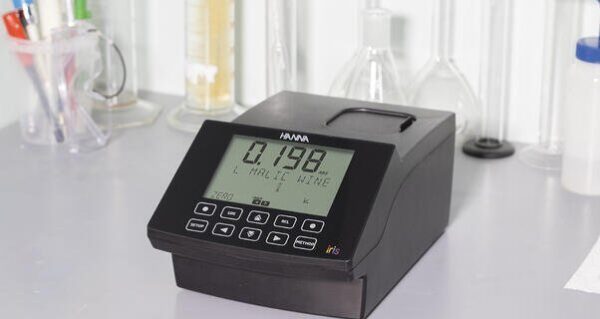 For measuring malic and lactic acid in wine, enzymatic methods are very simple and accurate to use. Enzymatic analysis imply a series of chemical reactions to covert a compound of interest into one that can be measured on a spectrophotometer via light absorbance. In this kind of reaction NAD+ reacts with malic acid to produce an equivalent amount of NADH, which can be measured at 340 nm (simillar with lactic acid).  Kits for this assay are commercially available.

Measure malic & lactic acid in your wine with HI801 iris!

The HI801 iris is a sleek and intuitive spectrophotometer that allows for measurement of all wavelengths of visible light. Customize your methods, take a wide range of measurements, and feel confident in your testing accuracy with iris.

With the compact design of its advanced optical system, iris can be used in almost any sized space while providing accurate and consistent results. The split beam optical system allows iris to automatically compensate for any drift in light source, resulting in superior accuracy.